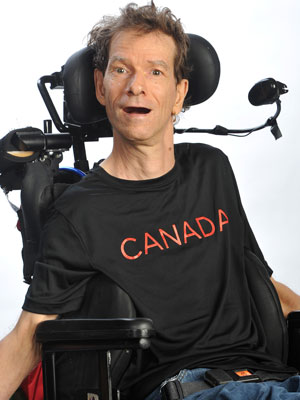 Recruited by current head coach Mario Delisle, BC3 player Bruno Garneau is a veteran of the sport. After a very successful year in 2010, he made the National Team and realized a lifelong dream of competing at the Paralympic Games in 2012. In addition to his sporting endeavours, Bruno is a talented artist; the subjects of his paintings range from nature to architecture. He is also fiercely proud of his independence, living on his own from the age of 23.