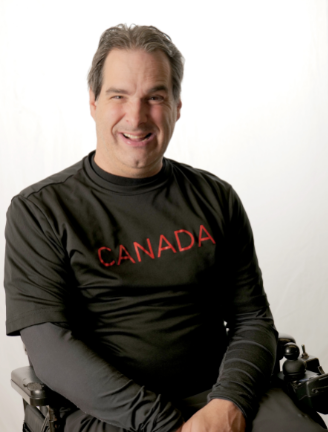 Dave Richer first discovered boccia when his wife Annabelle Lefebvre was a physiotherapist for the Canadian Boccia Training Squad. Richer’s first competition was the 2010 Défi Sportif AlterGo National Open and he was offered a place on the team the following year. Richer credits boccia with keeping him physically active. His accomplishments include earning a bronze medal at the 2011 Parapan American Games (his first international competition ever), keeping his place as provincial champion in the individual event from 2012 to 2016, and a gold medal at the 2019 Défi Sportif AlterGo National Open. Richer asserts that the best is still to come! On top of being a nationally ranked athlete, he also works as a comedian and speaker on the side. His most important role, however, is being the father to his two beloved kids of five and eight years old.