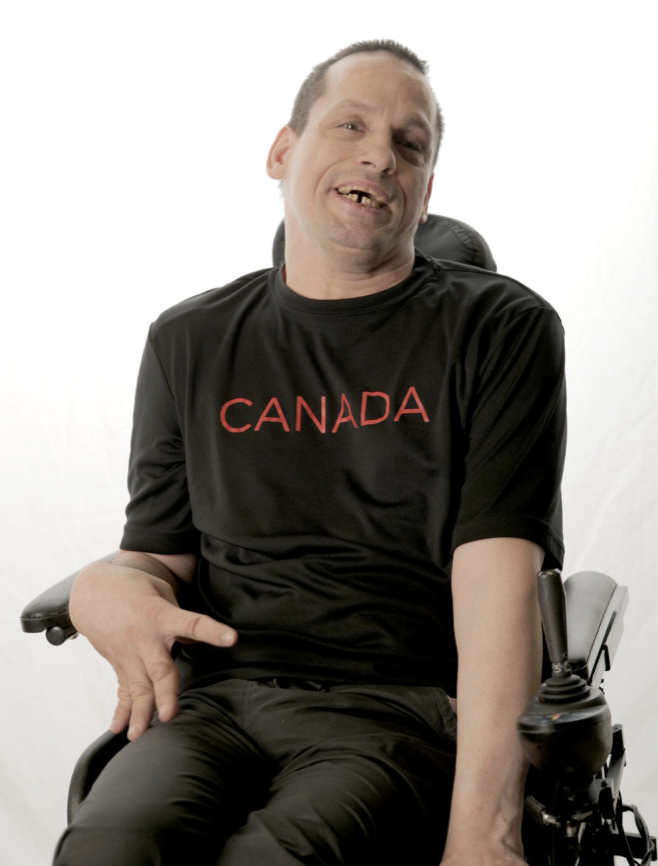 Éric Lefebvre was first attracted to boccia after watching the Défi Sportif AlterGo competition in 1996. Boccia has been a key part of his life for a long time, which is why he decided to come back to the sport after taking a short hiatus for several years. He feels a sense of accomplishment while playing boccia, which has served him well over the years. Lefebvre has been on the Québec team for approximately 20 years where he won numerous medals in provincial tournaments. For five years he was the Provincial Champion in BC1 and he recently had his most memorable performance at the 2016 Canadian Boccia Championships where he took home gold. In his free time he trains at Viomax, participates in yoga, and paints!