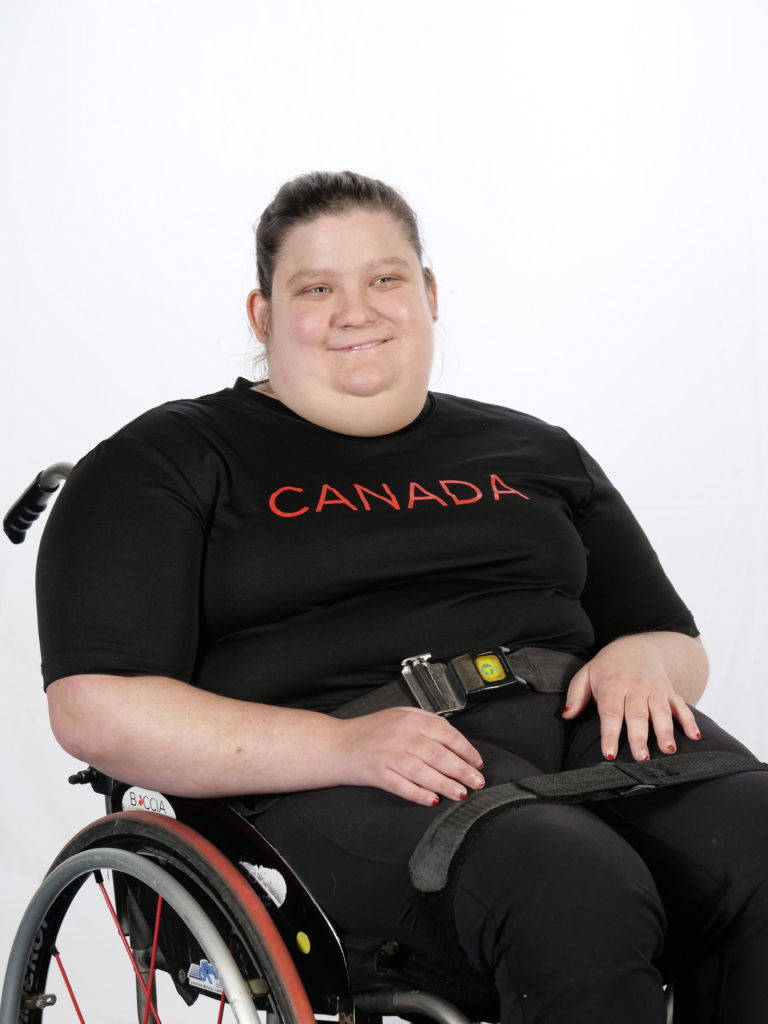 Hayley Redmond first started boccia in 2011 when Easter Seals Newfoundland and Labrador first started their recreational boccia program. Redmond is motivated to continue playing boccia not only because of her love of the game and competitive drive, but also because it is an opportunity to travel and meet other athletes. Redmond’s accomplishments include multiple podium finishes at provincial competitions, a silver medal at the 2016 Boccia Blast National Open, a bronze medal at the 2016 Défi Sportif AlterGo National Open, a gold medal at the 2017 Boccia Blast National Open, and a gold at the 2017 Défi Sportif AlterGo National Open. Outside of boccia, Redmond also enjoys para sailing and has previously participated in the Sailing Mobility Cup Championship in 2016 and 2017. She is currently finishing off her undergraduate degree in therapeutic recreation.