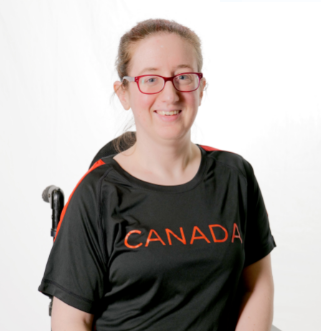 Kristyn Collins first got involved in boccia in 2012 through Easter Seals Newfoundland and Labrador. She gets her competitive motivation from her love of the game and the rush of elite level competition. Since 2014, Collins has amassed a solid track record, including individual silvers at the 2014 Canadian Boccia Championships and 2016 Défi Sportif Altergo National Open as well as a team gold at the 2017 Canadian Boccia Championships. She also loves listening to music and relaxing through meditation.