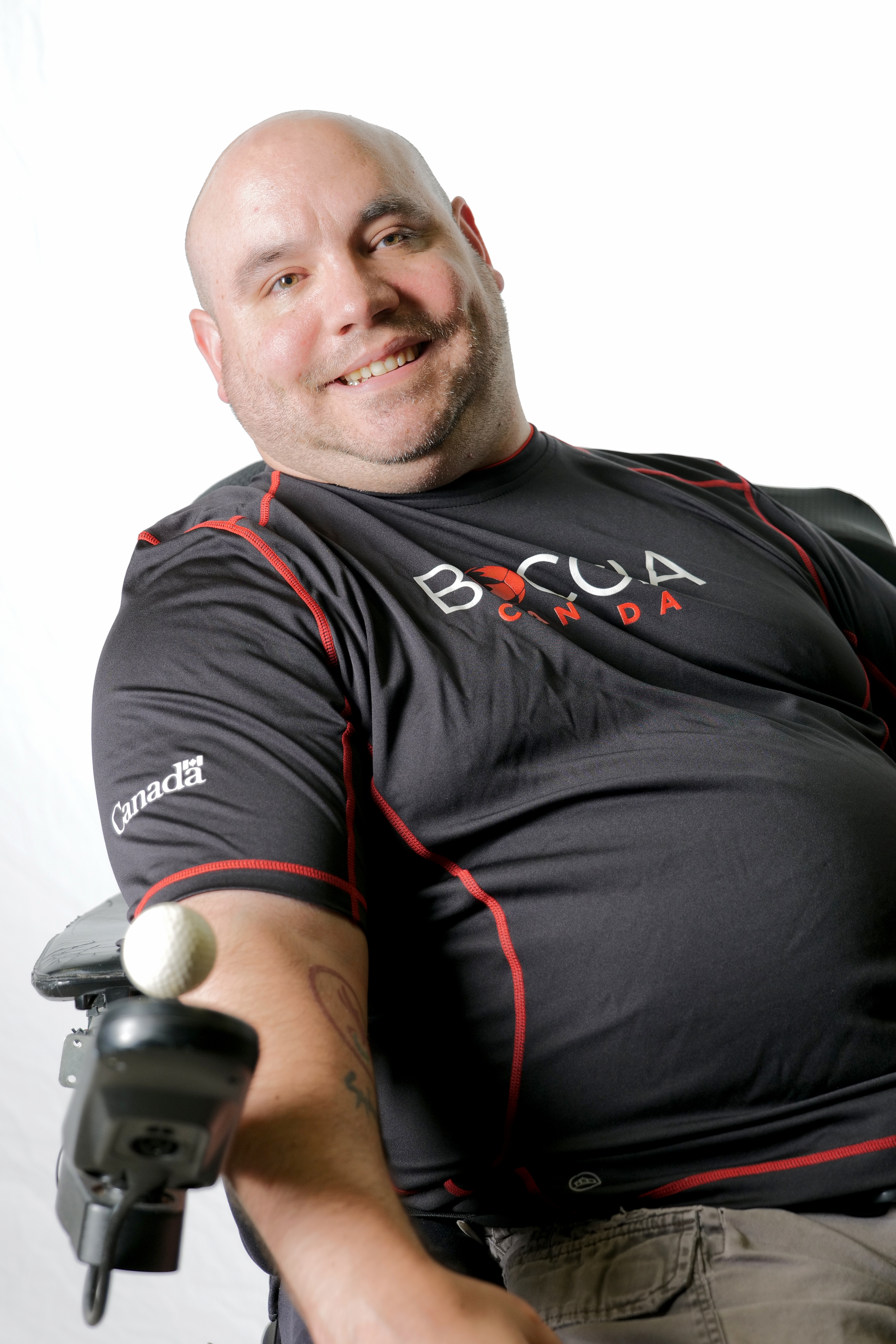 Lance Cryderman first became involved in boccia at the early age of 12 when he joined the Sudbury Shooting Stars. He took a hiatus from the sport in 2001 to finish his Master’s degree in Business Administration. However, during this time, he never lost his passion for the game and after watching the webcast of the 2017 Canadian Boccia Championships he decided to play competitively again. Cryderman went on to win bronze at the 2018 Défi Sportif AlterGo National Open and a silver medal at the 2018 Canadian Boccia Championships. He has had the opportunity to create lasting friendships through boccia and has used his experience as a student athlete to support other individuals with disabilities who decide to pursue post-secondary degrees, similar to himself.