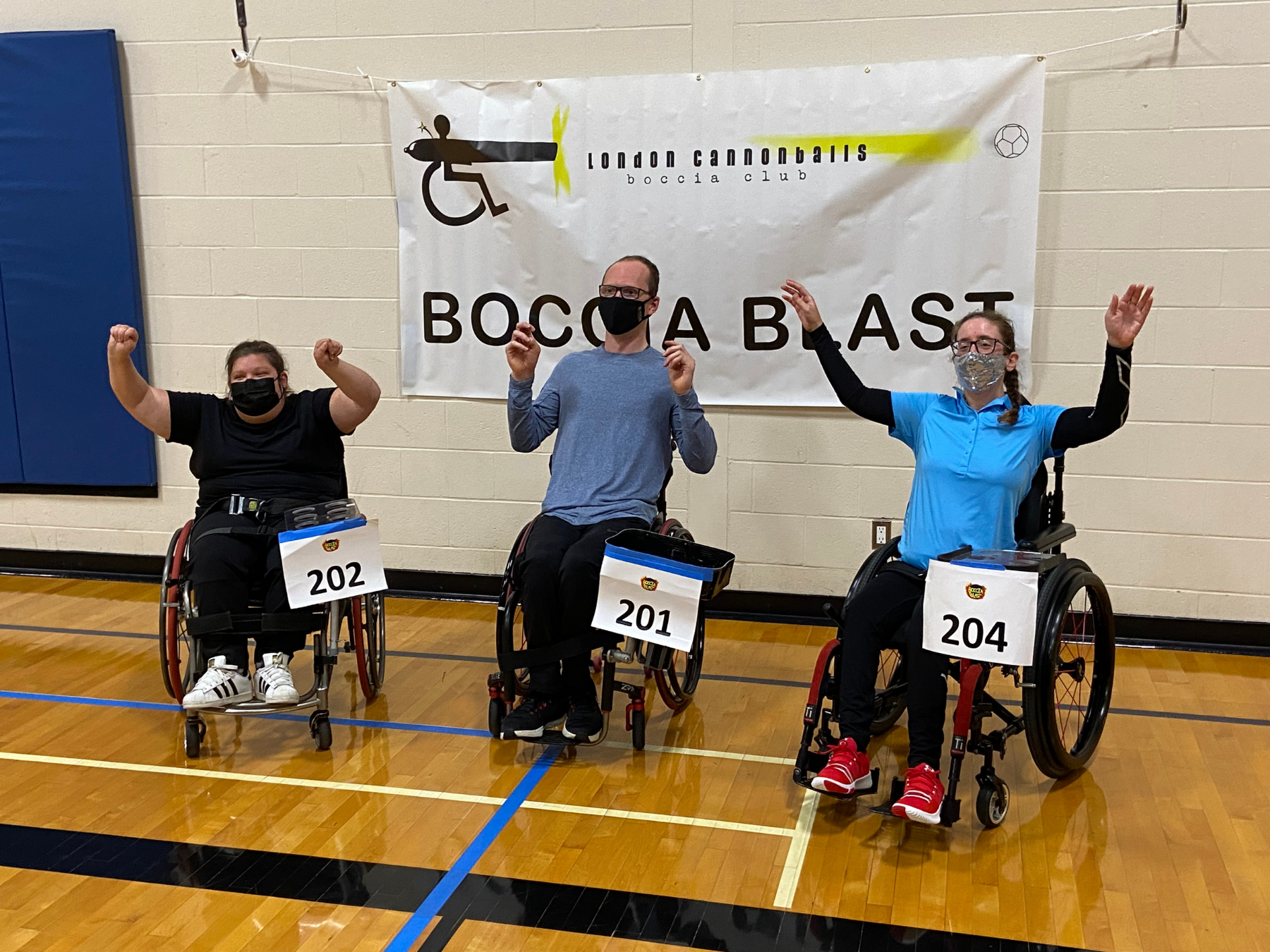 London, ON (October 4, 2021) – The London Cannonballs recently hosted the 30th annual Boccia Blast, where athletes in classes BC1, BC2, BC3, BC5, and Open had the opportunity to gather national ranking points at the first sanctioned event in Canada in almost two years.

A new junior division was added to the event with the help of the Ontario Cerebral Palsy Sports Association and Thames Valley Children’s Centre. Five juniors in the area competed against one another in their very first boccia event ever. London Cannonballs Co-Chair Tammy McLeod is hopeful they will be seeing these juniors at future events in the coming years.

Boccia Canada’s BC1 and BC2 Coach, Ed Richardson (Brampton, ON), expected there to be some challenges at the national tournament given it’s the first competition since COVID halted all events: “You could see that most athletes had a bit of rust at the beginning. As the tournament progressed, the games continued to show better quality of shots. By the end of tournament everything fell into place with the more experienced athletes prevailing.”

In the BC1 class Lance Cryderman (Sudbury, ON) won gold with a 6 and 0 record.

One of the highlights of the tournament was watching Josh Gautier (St. Catharines, ON) shine in a different class than usual. Gautier was recently reclassed from BC4 to BC3. The BC3 class is unique in that players use a ramp to propel the ball and score points versus throwing or kicking. This is the first national competition that Gautier has competed as a BC3 and he impressed everyone with a fourth-place finish behind five-year National Boccia Training Squad athlete Marylou Martineau (Québec City, QC). He beat out seven other BC3 athletes, all of whom have been a mainstay in the BC3 class for a few years. Gautier played in the semifinals versus the number one BC3 player in Canada, Eric Bussière (Verchères, QC). The game was tight as Gautier had a 2-1 lead going into the last end, but Bussière scored 2 points to prevail.

The BC5 and Open class saw the number one BC5 player in the country, Giovanni De Sero (Guelph, ON), take the gold medal followed by Open class players, Gord Letke (Oshawa, ON) and Kylie Waters (Victoria, BC). De Sero ended the event with a 5 and 1 record.

McLeod, was happy with the outcome of the tournament: “I am proud of all the athletes because they played awesome despite the lack of training in the last 22 months! It was a fierce competition. Of course, there were some rusty patches at the start of the competition, but then it was like the athletes never left the gym! We would like to thank all of the referees, classifiers, and volunteers who all did a fantastic job!”

The Cannonballs will be hosting Boccia Blast again next year as well as the 2022 Canadian Boccia Championships in London, Ontario.