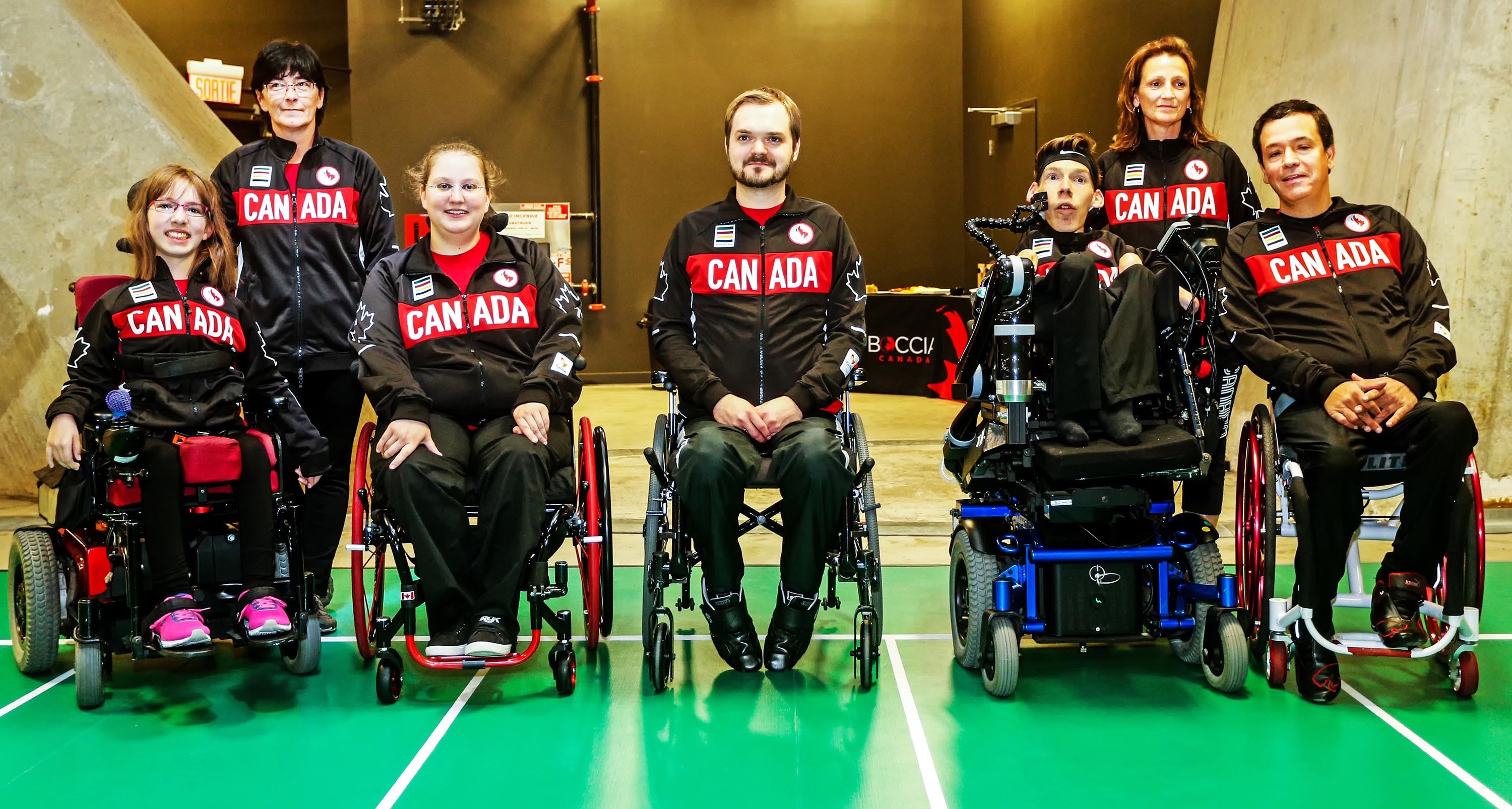 MONTREAL, Que. – July 18, 2016 – Boccia Canada and the Canadian Paralympic Committee are proud to announce the six boccia athletes nominated for selection to Team Canada for the Rio 2016 Paralympic Games this September.

“Canada has won medals in boccia at the last four Paralympic Games, so it’s a tradition we hope continues in Rio,” said Chef de Mission Chantal Petitclerc. “There are some excellent leaders and accomplished athletes in this sport who have been able to deliver consistent success across their program.”

The Canadian team represents some of boccia’s finest international athletes, with half of the players ranked in the top-20 in the world. With two silver medals last month (Dispaltro and Levine in pairs, Eric Bussiere in singles) at the final pre-Paralympic World Open in Povoa de Varzim, Portugal, the team is primed for a strong performance in Rio.

The emergence of budding stars Iulian Ciobanu, Alison Levine, Eric Bussiere and Marylou Martineau is a testament to the growth of this sport.

“All six athletes are a pleasure to work with, they are confident and they look forward to facing the challenges of the Paralympic Games,” said head coach Mario Delisle. “The last performance for many of these athletes at the international level looked great and I can feel everyone’s excitement. Some important fine tuning work is ahead in July and August, ensuring our team will be a force to reckon with in September.”

“Congratulations to the Boccia Canada athletes nominated to join Team Canada for the upcoming Rio 2016 Paralympic Games,” said the Honorable Carla Qualtrough, Minister of Sport and Persons with Disabilities. “Canada has a proud tradition of being a fierce competitor in boccia and I know our athletes are eager to continue to write that story this summer in Brazil. All of Canada is behind you.”

Boccia is a precision ball game, similar to bocce and lawn bowls. It is a simple game to learn, but difficult to master. With over 50 countries participating and the level of play increasing all the time, medals in Rio will be harder to come by than ever before.

Athlete and coach biographies are available at paralympic.ca/athletes and bocciacanada.ca. Bios and high resolution photos can be downloaded at http://tinyurl.com/j3ezk8y.

The athletes nominated to the Canadian Paralympic Team are as follows:

The nominated team will be supported by the following coaching staff:

About the Canadian Paralympic Committee: www.paralympic.ca