Past Champions Dominate the Podium at the 2019 Canadian Boccia Championships 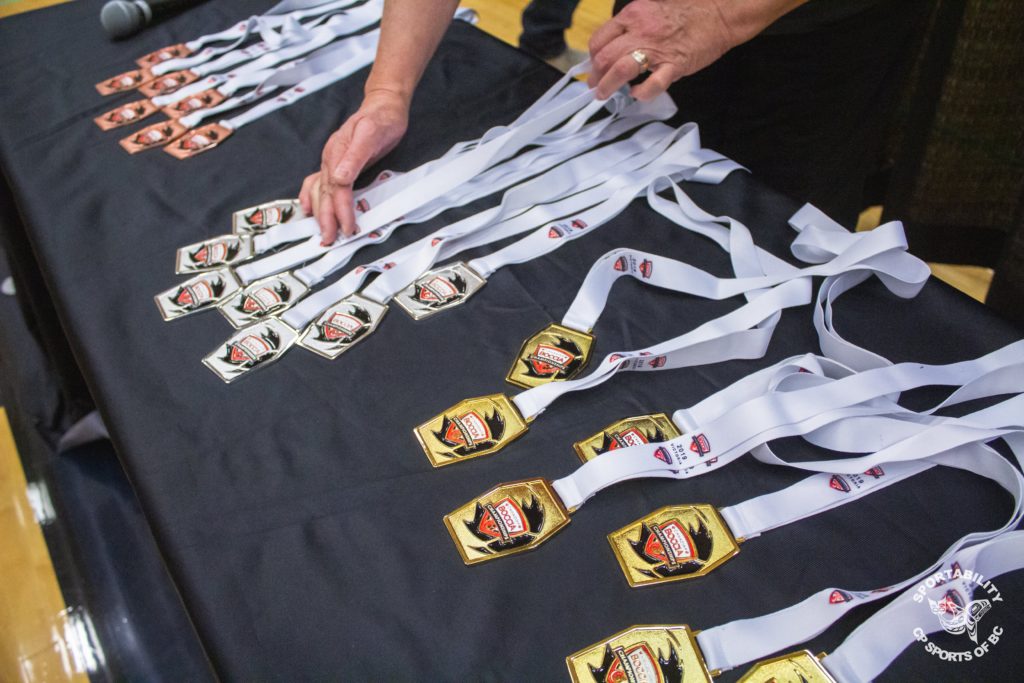 Victoria, BC (December 1) – As Individual play wrapped-up at the 2019 Canadian Boccia Championships, the medal podium was undeniably crowded with past champions who demonstrated their experience and skill to create scoring opportunities and gain control of their matches.

“My objective at the 2019 Canadian Championships was to win gold and it was achieved,” said Bussière. “This is the third consecutive time that I received the gold medal and this will give me confidence going forward. Sometimes there are victories, sometimes there are losses but this weekend it was all wins.”

It is the second year that the BC5 category is included at the Canadian Boccia Championships. Gio De Sero (Guelph, ON) defended his place on the podium, winning his second consecutive gold in both years by beating Guy Simard (Montréal, QC).

“Being Canada’s first BC5 champion last year was amazing and going back to back is even better. I’d like to see the sport evolve and grow. It would be huge to see young kids with a similar disability play and be classified. The BC5 category would give them the opportunity to play the sport.”

Fresh off a gold medal performance in Pairs at a BISFed World Open event in Portugal three weeks ago, teammates Alison Levine (Montréal, QC) and Marco Dispaltro (Saint-Jérôme, QC) squared off in a must-watch game.  Unfortunately Levine, the current BISFed World number one in the BC4 class, had to forfeit the match to Dispaltro due to a neck injury. Marco took gold after four wins in his pool.

Dispaltro expressed concerns for his teammate post game. “I’ll take the national championship but it’ll be a little bittersweet because Alison was not 100%. She’s world number one and a vital part of our team. She’s the hammer. We need Alison to get healthy for the Tokyo Paralympics.”

The third member of the winning team in Portugal, Iulian Ciobanu (Montréal, QC), took home silver in the BC4 class.

In the BC2 class, Mike Mercer (St. John’s, NL) won gold over Paul Jalbert (Prince George, BC) after going undefeated over the two days of Individual competition.

“This is pretty special,” noted Mercer. “I’m on the upswing. Last year I won silver, so to be crowned champion today is fantastic. All day I’ve been playing for a good friend that just passed away a couple weeks ago. This one’s for Calvin.”

In the BC2 bronze medal match, Danik Allard (Bois-des-Filion, QC) picked up five points in the first end on his way to victory over Hayley Redmond (St. John’s, NL) 11-1.

“It was a big year for me including making the National Team,” said Allard, who has quickly ascended in the BISFed world rankings to number 14 in the BC2 class.  “Without my coaches, I wouldn’t be where I am today.”

Playing with a heavy heart after the passing of his former teammate Sylvain Dupuis on the day of the Opening Ceremonies of this competition, BC1 athlete Éric Lefebvre (Montréal, QC), took home the bronze medal and emotionally declared, “Tomorrow I will play for [Sylvain]. We played together in Team for Québec.” Lefebvre’s Québec teammates supported him from the sidelines during the emotional performance and win.

In the BC1 Gold medal match, every inch around the jack ball was contested and overtime was needed for Hanif Mawji (Burnaby, BC) to seal the victory over Lance Cryderman (Val Caron, ON)

Past Champions Dominate the Podium at the 2019 Canadian Boccia Championships