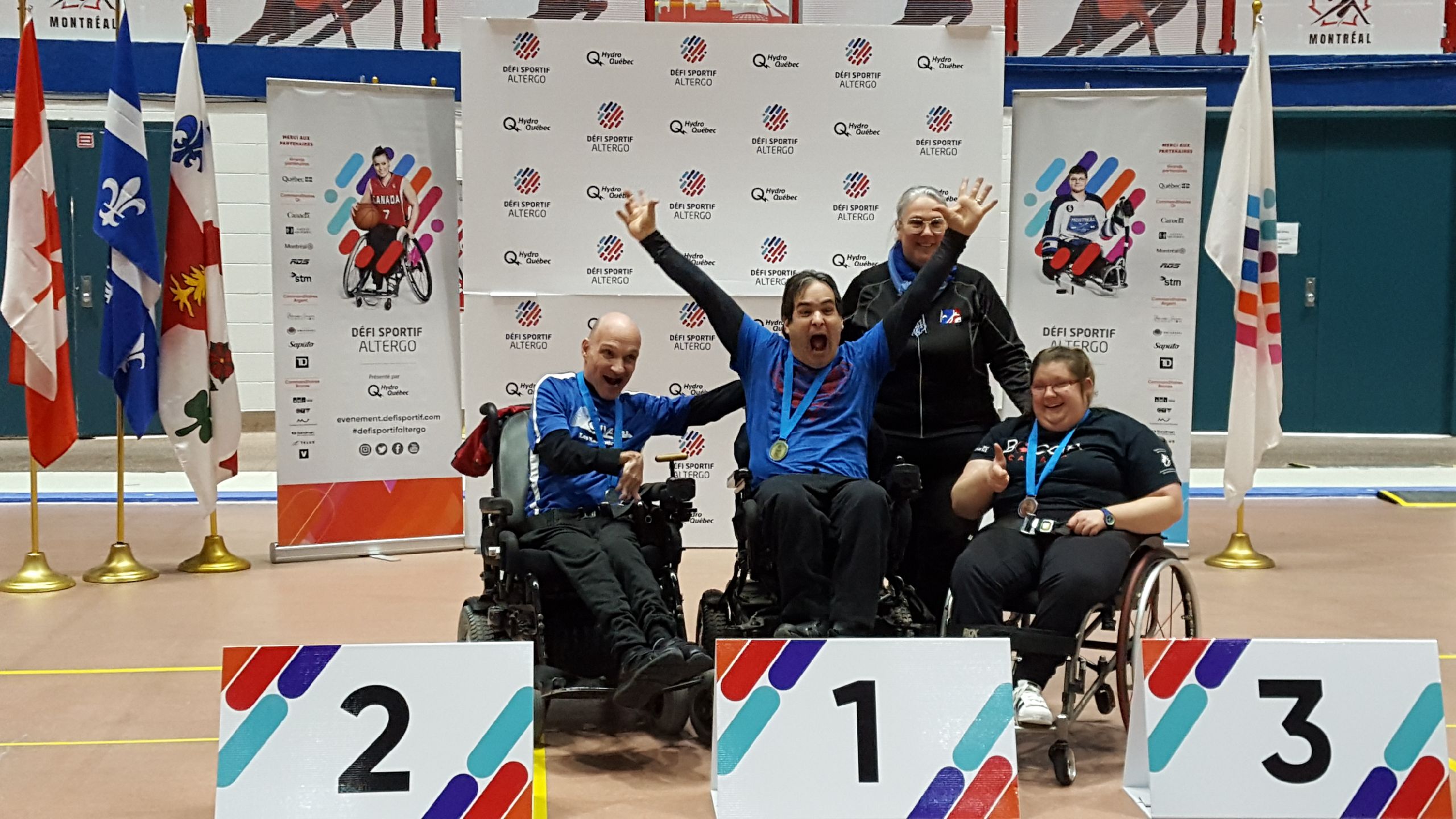 National training squad member Hanif Mawji (Surrey, BC) advanced to the finals against Chris Halpen (Pointe-Claire, QC) in the BC1 category. Mawji played to his strengths in the finals by throwing the jack ball short. He lead throughout the match, ultimately winning 12-0.

In the BC2 category, Dave Richer (St. Jérôme, QC) and Benoit Ostiguy (Montréal, QC) were neck and neck in the gold medal match, tied 2-2 after regulation time. Richer won the gold after strategically placing his first ball just in front of the jack, blocking Ostiguy’s attempts to get past.

In the BC3 category, Giancarlo Bizarro (Laval, QC) faced a tough challenge in the quarter finals from Jennica Gagne (Halifax, NS), but was ultimately able to advance and win the gold against Esraa Sbeit (Montréal, QC).

“I am hoping that this will be a good message for other boccia athletes. It was challenging but I made it through. It feels great that I have accomplished something today.”

Alexandre Lemaire (Kingsey Falls, QC), topped the podium in the BC4 category with wins over Alek St. Pierre (Blainville, QC) and Josh Gautier (St. Catherines, ON).

Lemaire was “really happy” with his performance. “It feels great. It doesn’t happen often that you win a gold medal, especially at a tournament of this importance.”

Two Québec athletes rose to the occasion in the Open category. Ariane Dubuc (Montréal, QC) and Richard Brochu (Montréal, QC) claimed first and second place. Australian athlete James Morrison, competing in Canada for the first time, finished on the podium with a bronze medal. For Dubuc, the international flavour was a welcome addition to the event.

“It’s fun because there was an Australian in our category and he played very well. I’m also very happy to have beaten Richard because he’s a great competitor.”

In wrapping up the event, Delisle was pleased to note that five of the twelve athletes in the semi-finals were members of Canada’s high-performance program.

“Athletes from Québec, British Columbia, and Newfoundland and Labrador continue to lead the way nationally, which was exhibited this week in their performance. Some are getting closer to the international level and that is great to see!”