Strong Performances From Bussière, Levine and Dispaltro At World Open In Portugal

Povoa de Varzim, PORTUGAL July 4, 2018 – Team Canada started with strong performances during the first day of the BISFED 2018 World Open Povoa de Varzim in Portugal. Eric Bussière (Verchères, QC) simply outmatched his opponents keeping them both off the scoresheet. The BC3 athlete won against Somboon Chaipanich (THA) and Thomas Knoth (GER), 7-0 and 12-0 respectively. He began his first game with an offensive punch scoring two points in the first end and taking control of the match. His natural calm composure allowed him to stay in complete control throughout the entire match. 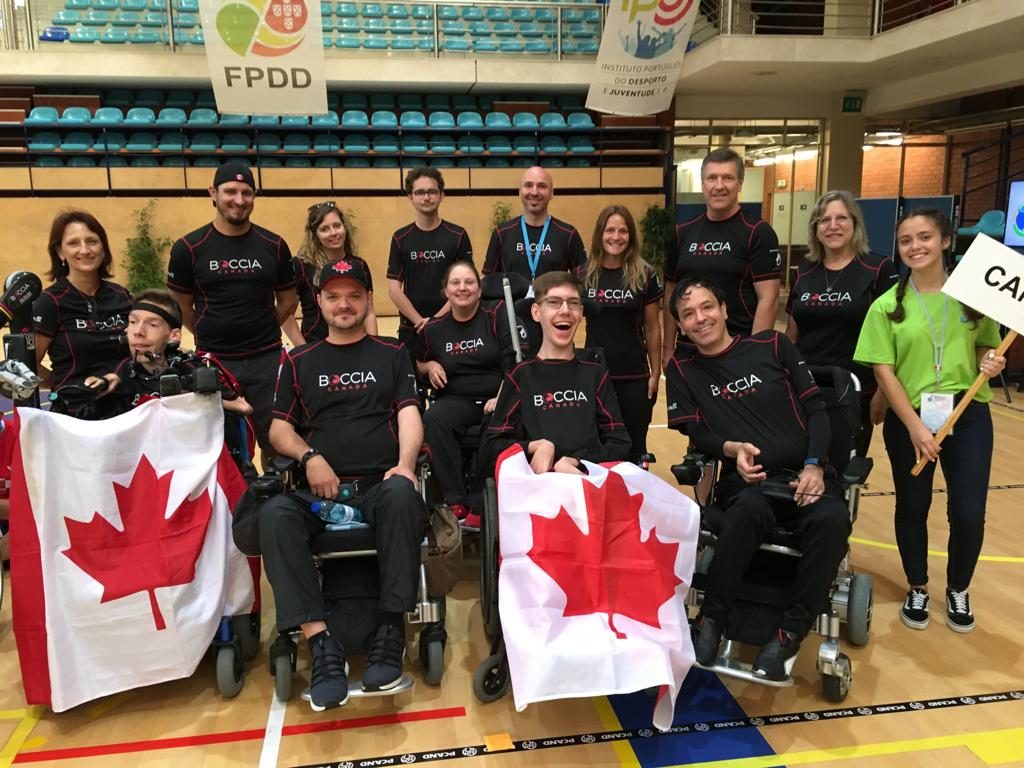 “It was a great first day of competition for me,” noted Bussière. “These two victories were a well-needed confidence boost considering I had lost some back in Sao Paulo, Brazil. It’s safe to say that the real Eric is back and I’m confident of another victory tomorrow. With that victory, I should finish first in my pool to move on to the next round and at minimum, repeat my silver medal from two years ago at this event, or even better a gold medal.”

The BC4 athletes Alison Levine (Côte Saint Luc, QC) and Marco Dispaltro (St-Jerome, QC) both played a single round-robin game today. With these two victories, Levine and Dispaltro have set themselves up nicely for their next two matches of the round-robin play. “Marco and Alison both accomplished today’s goal – two matches, two victories,” stated BC4 Coach César Nicolai. “Alison played against a new athlete from Hungary, which we had never seen in competition before. She is a young athlete that showed a lot of potential for the future, but Alison’s experience made the ultimate difference today.”

Philippe Lord (Blainville, QC) had a challenging first day of competition losing two matches against some very tough competition. Lord faced the first ranked BC3 player in the world, Grigorios Polychronidis (GRE) and fell to his

opponent by the score of 11-0. He faced the same fate against his opponent earlier in the day, falling to Wafid Boucherit (ESP) by a 9-2 score.

Strong Performances From Bussière, Levine and Dispaltro At World Open In Portugal