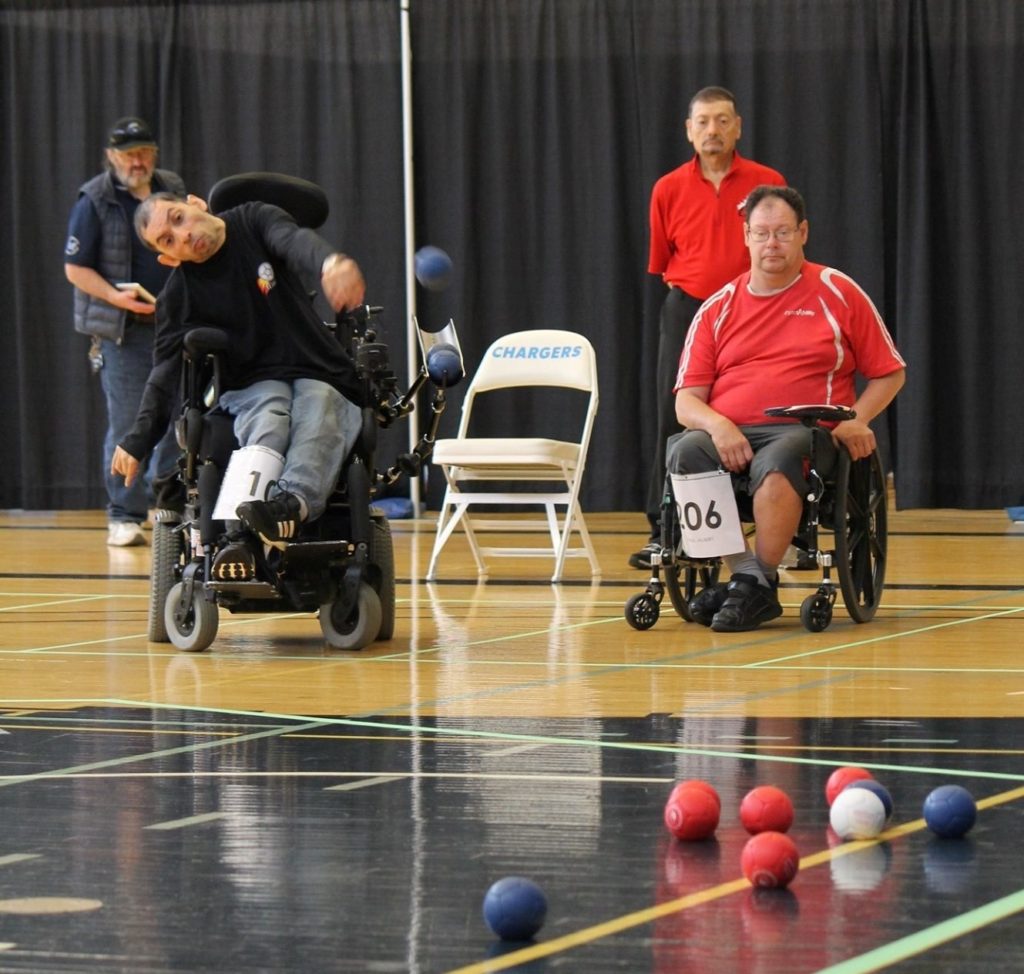 Fifteen athletes from across the province competed in both individual and mixed team competitions. There was an Individual Mixed Division for the BC1, BC2, and BC3 classes, with a separate division for the Open class.

In the semi-finals, Mawji took a late lead in the third end, ultimately winning 3-1 over Chuck Reid (Victoria). In the other semi-final, Jalbert’s experience shone through against rookie Lisa Ferenc (North Vancouver) as he defeated Ferenc 8-0 to advance to the gold medal match.

The gold medal eventually went to Mawji after a hard fought battle by Jalbert. Mawji took points early and while Jalbert fought back in the third end to narrow Mawji’s lead to one point, it wasn’t enough. Mawji added to his lead in the fourth end to win 5-3. It was Mawji’s third straight gold after winning the Boccia Western Challenge and Défi Sportif AlterGo National Open.

“My disappointing performance at last year’s Boccia Blast and Canadian Championships was an eye-opener for me because I’ve been a gold medallist for the past 10 years. I’ve practiced hard since then and it’s paid off. I hope to continue this momentum with the upcoming ParaPan Am Games in Lima,” said Mawji.

Reid took the bronze with a convincing 15-0 win over Ferenc.

Although Rainshadow swept her competition in round robin play, her streak came to an end with an 8-1 semi-final loss to Hutchison. Thomas pulled out a 4-1 win over Blaus to advance to the finals.

Thomas and Hutchison were familiar with each other, having met in the semi-finals of 2019 Western Boccia Challenge, where Thomas was victorious. Thomas prevailed again in Victoria making her a back-to-back champion.

In the bronze medal game, Blaus scored a point in the first end but couldn’t capitalize, eventually losing 3-1 to Rainshadow.

LOOKING AHEAD
SportAbility has had a busy month preparing for the Provincial Championships while also keeping their sights fixed on hosting the 2019 Canadian Boccia Championships.

“We are very pleased with how the provincial tournament went. We’ve seen an increase in participation at our competitions over the past couple of years from new and veteran athletes.  It was great to work with the PISE staff at this event. We look forward to working with them in November when hosting the Canadian Boccia Championships,” says SportAbility Executive Director Ross MacDonald.

For more information about the PISE’s many accessible features visit www.pise.ca.

For stories on the 2019 Canadian Boccia Championships visit: www.bocciacanada.ca/news-events/.