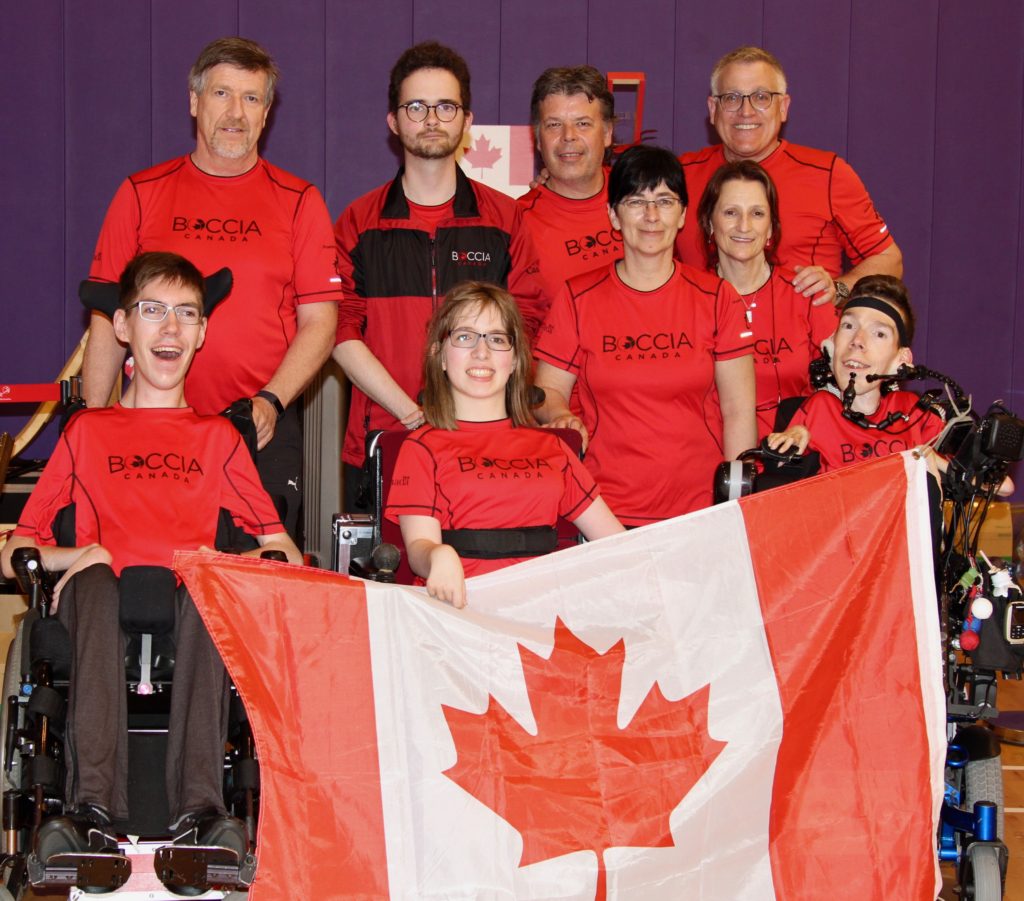 In Individual play, Martineau faced several strong competitors in her pool including the number one ranked BC3 player from Greece, Grigorios Polychronidis. Despite placing many balls in Polychronidis’ path during the match and making it difficult for the Greek to get near the jack ball, Martineau ultimately succumbed by the final of 12-0.

Reflecting on the match, Canadian Team Head Coach Mario Delisle said he was thoroughly impressed with the way Martineau played. “There have been significant improvements with this young athlete and she’s getting closer to the international level of play and the many skills needed to succeed. The final scores from her three pool games are not representative of how Marylou played and the solid tactics she demonstrated in each end.”

Martineau’s closest match was against Russian athlete, Maxim Vasilyev. It was a back and forth game but Vasilyev found a way to come out on top.  In the third end Martineau picked up three points by rolling over top his ball, but it was not enough to win the match. She was already down three points going into the fourth end and could not recover, for a final score of 8-3.

Delisle explains, “We could have won against Russia but fell behind early in the game and could not gain an advantage after that. Unfortunately, the fourth end was probably Marylou’s worst of the tournament.”

Canada’s Bussière also did not move out of the BC3 Individual pool play.  Having won his first two matches, including needing an extra end to secure victory in his second match, Bussière faced number three ranked Daniel Michel of Australia, with a shot at the quarterfinals on the line. Bussière jumped out to an early lead after the first end, scoring two points.  However the Aussie, and eventual gold medal winner, attacked back with three of his own in the second end, and then shut out the Canadian on the scoresheet for the remainder of the match, for a final score of 6-2.

Despite the loss, Delisle asserts, “Éric has recently changed his playing style and it’s paying off. There has been a training adjustment to a new and required winning style of play because he can definitely win against top 10 athletes. The confidence is there, but he just needs to have more faith in the process.”

In weekend BC3 Pairs play Bussière and Martineau were joined by fellow Quebecor Philippe Lord. In the Canadians first two matches they fell to the Great Britain Pair which included World number two Jamie McCowan, then to Greece and Polychronidis.   Losses to Japan and Russia followed, leaving the Canadian BC3 Pairs out of the victory column in Hong Kong.

“It’s disappointing because after the silver at the 2019 Montreal Boccia World Open, we were confident coming into this tournament. We were ranked 8th going into the Pairs event but have finished in 9th place in Hong Kong. We will have to learn from this experience and there are many things to work on in training moving forward,” says Delisle.

Next-up for the BC3 athletes is the 2019 Parapan American Games in Lima, Peru from August 23rd to September 1st. The group will be looking to accumulate all important ranking points as they make their push to qualify for the 2020 Paralympic Games in Tokyo, Japan.