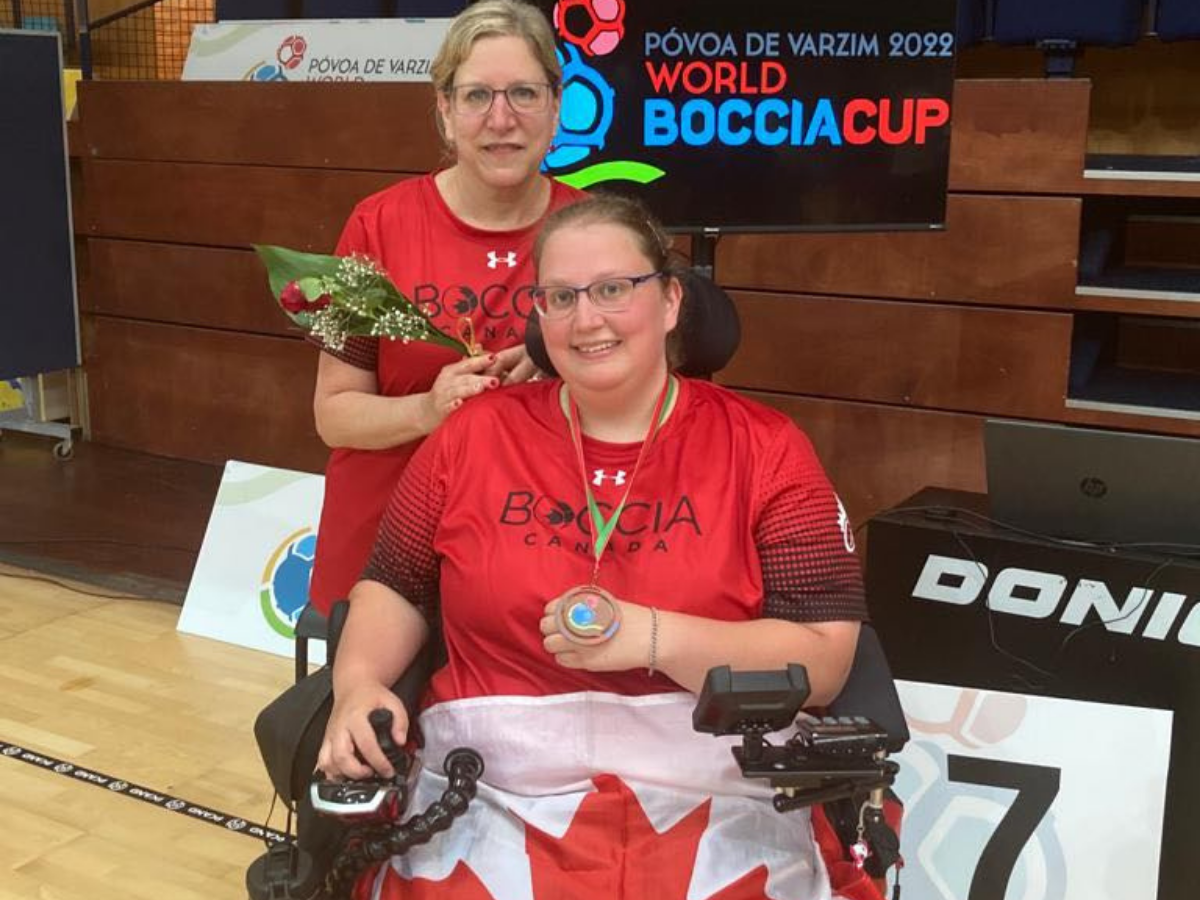 Ottawa, ON (July 9, 2022) – Alison Levine (Montréal, QC) won her third medal in as many international appearances this week at the Povoa de Varzim World Cup. Levine was the only Canadian athlete to medal in the individual events which came to a close yesterday. Levine adds the bronze to the gold she won at the Sao Paulo Americas Regional Championships and silver from the Rio de Janeiro World Cup. Levine played against Anita Raguwaran in the bronze medal match. The German is currently ranked twelfth in the world while Levine sits second. The turning point of the game was in the third end, when Levine depleted Raguwaran’s balls and created space in front of the jack which allowed her to score two points. She scored one point in the last end to cap a 4-1 victory. “I’m definitely happy to have secured another medal” said a proud Levine. “Now three for three in the female division which is a good accomplishment. I joked today that I had gold and I had a silver so I had to get a bronze today… Not playing my absolute best but still being able to come out with the wins when it matters.” A total of eight athletes competed in the individual competition in Povoa de Varzim. Lois Martin (St. John’s, NL) made it to the playoffs while Danik Allard (Bois-des-Filion, QC), Iulian Ciobanu (Montréal, QC), Lance Cryderman (Sudbury, ON), and Marco Dispaltro (St.-Jérôme, QC) lost against their opponents in the quarterfinals. Allard and Cryderman both went up against Tokyo Paralympic medalists in the quarters.  Cryderman faced five time Paralympic medalist David Smith from Great Britain in the BC1 men’s category. “Defense was the name of the game for me” he reflected. “When you’re playing world number one with so many ‘weapons in the toolbox’, being able to play a solid defense allowed me to stay in the game, capitalize on his weaknesses, and score when he made the mistakes.” Cryderman held the Brit to five points over three ends, and then made a long throw of seven metres in the final end to catch Smith off-guard and score a point. “The result is better than [our first encounter in] Rio because I scored a point and I cut his points in half! I think I’m in a better position now to play him and if I had the opportunity to do so again I know that I can potentially win the match.” Allard lost 4-2 against Tokyo silver medalist Watcharaphon Vongsa from Thailand, who currently sits number two in the world rankings.  “I was able to show that I can compete against the best in the world. This match was very close from start to finish and I am proud that I was able to demonstrate my abilities at another international competition.” The athletes are now turning their attention to the pairs and team event, where the BC4 pairs and BC1 and BC2 team will be put to the test. The BC3 Pair is not competing at this competition. Head Coach César Nicolai is proud of Levine and looking forward to the next phase of the competition. “The bronze rewards the work of the last few months and it will set the tone for the Team and Pairs competition that starts tomorrow.”   Pairs and team play begins with the BC4 Pairs against Brazil at 5 AM EST. Find the full results of the competition thus far here. Follow the action of the Canadian Boccia Team here.