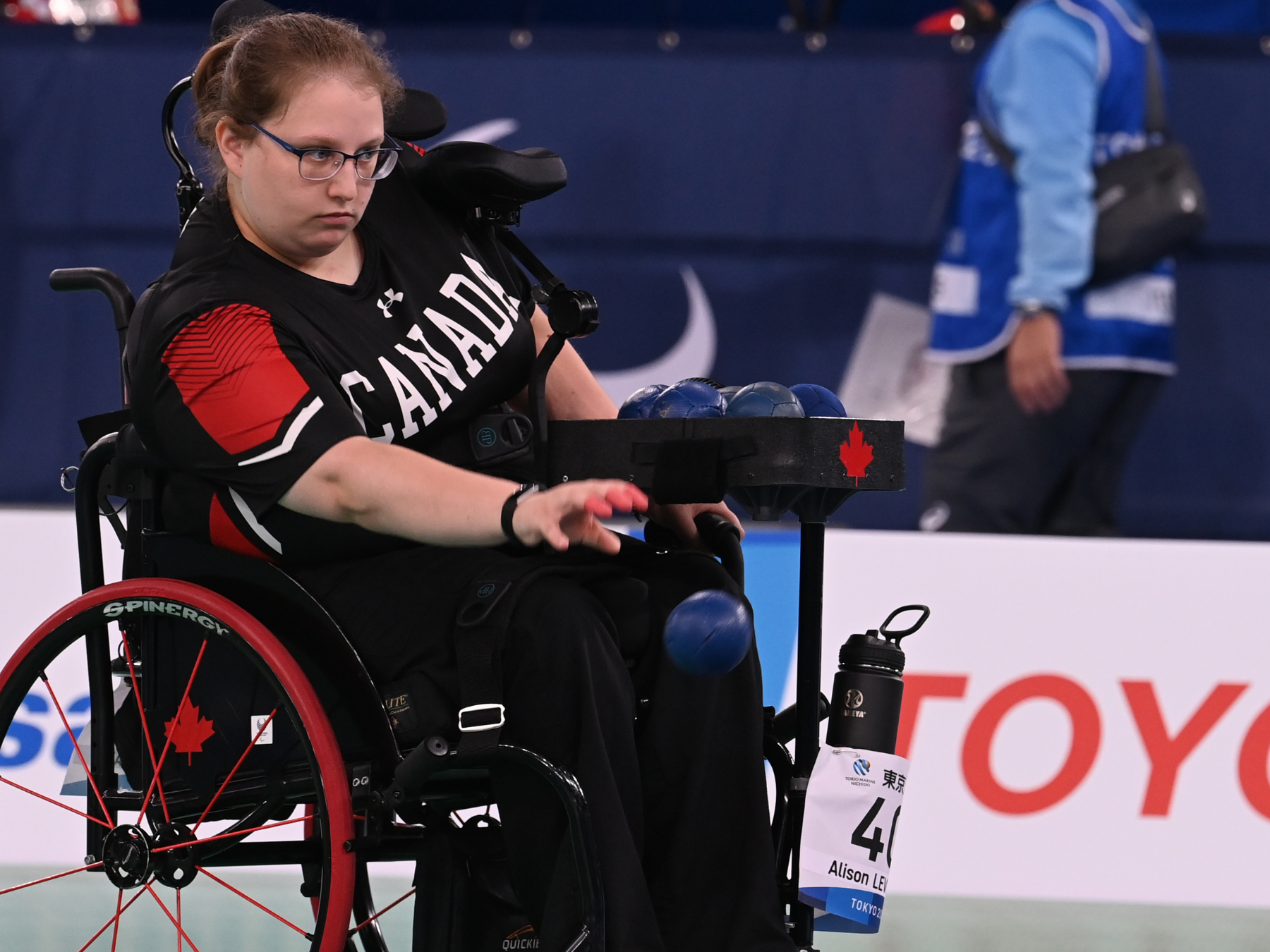 Alison Levine aims for a podium finish in the BC4 Pairs

Ottawa, ON (September 2, 2021) – The Canadian boccia team concluded the first day of the BC4 Pairs Paralympic tournament with a record of one win and one loss on Thursday in Tokyo.

The Canadian team got off to a good start with a 9-4 win over eight ranked Portugal in their first match.

Alison Levine and Iulian Ciobanu started the game strong by scoring three points in the first end. The two Quebecers doubled the lead at the halfway point.

The fourth ranked Canadians didn’t slow down and their lead was 9-0 after three ends. The Portuguese made one last push, but to no avail.

Marco Dispaltro made his 2020 Paralympic debut in the final end to replace teammate Alison Levine, who commented on the Canadians work in the first match.

“We are really happy with the start of the pairs tournament. We started off strong with a win to build confidence for the rest of the tournament. The Portuguese made some mistakes that we capitalized on”, she said after the match.

César Nicolai, Canada’s BC4 Pairs coach, was also very satisfied with his team’s performance against the Portuguese.

“The competition started very well for us this morning against Portugal. We were able to quickly take control of the jack in the first 3 ends which allowed us to have an advantage each time,” he noted.

For Ciobanu, it was an opportunity to play against a familiar opponent, Portugal’s Carla Oliveira, who he beat 4-3 in extra time earlier in Tokyo during the BC4 individual tournament.

In their second match of the day, the Canadians were expecting a hard-fought battle against number ninth ranked Brazil.

The Brazilian team took a 2-0 lead in the first end thanks to a precise shot by top ten player Eliseu Dos Santos, before adding another point in the next end.

Levine and Ciobanu then combined to make a great comeback in the third end to tie the game 3-3.

It all came down to the final end and it was the Brazilians who came out on top for a final of 4-3, despite some good late shots by Levine to try and stem the tide.

“The first two ends were more difficult. The throws weren’t turning out as expected. A strong comeback in the third end got us back in the game. The last end was very close, but unfortunately Brazil had the upper hand,” explained Nicolai.

Marco Dispaltro did not take part in the second duel of the day.

The Canadians will be back in action on Friday when they face number five ranked Great Britain and later the world number one Slovakia, to try to earn their place in the semi-finals on Saturday.

“We still have a chance to qualify tomorrow (Friday) with a win against Great Britain. A good night’s rest and we will come back strong,” concluded Nicolai.