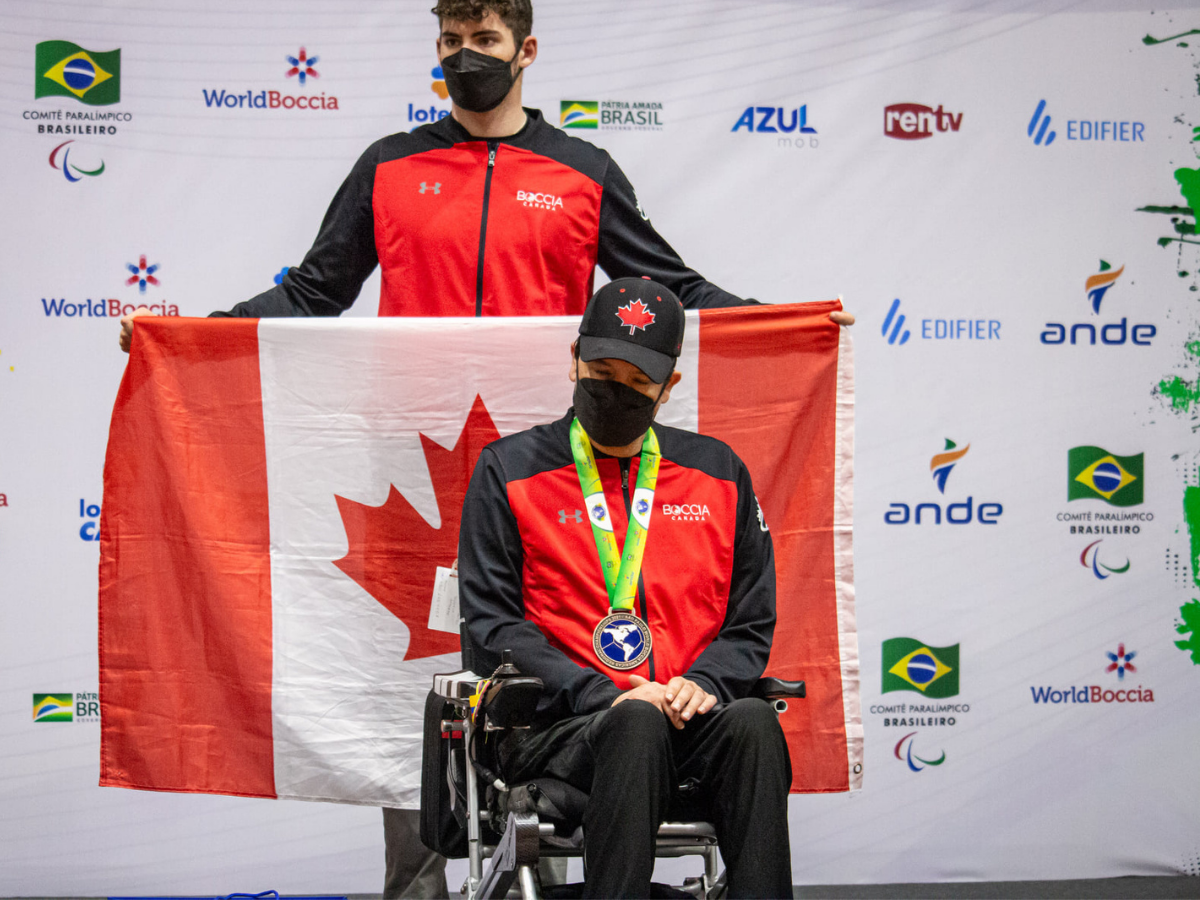 Marco Dispaltro will be looking for a repeat medal in Rio de Janeiro, just four months after his success in São Paulo

Ottawa, ON (April 27, 2022) – Canada will be represented by a group of ten boccia athletes at the 2022 Rio de Janeiro World Boccia Cup starting today until May 3. The ten athletes include Lance Cryderman (Sudbury, ON) and Lois Martin (St. John’s, NL) in BC1, Danik Allard (Bois-des-Filion, QC) and Kristyn Collins (St. John’s, NL) in BC2, Éric Bussière (Verchères, QC), Joëlle Guérette (Montréal, QC), and Marylou Martineau (Québec City, QC) in BC3, and Alison Levine (Montréal, QC), Iulian Ciobanu (Montréal, QC), and Marco Dispaltro (St.-Jérôme, QC) in the BC4 class. In the individual event at the 2021 São Paulo Americas Regional Championships last December, Levine took home gold going undefeated, while Dispaltro and Bussière won bronze at their first competition in the new Paralympic cycle. The gold earned Levine an automatic spot in the 2022 Rio de Janeiro World Championships this December, a potential qualifier for the Paris 2024 Paralympic Games. “[The São Paulo Americas Regional Championships] was the most important competition of the year and knowing that I’ve done my job to qualify for world championships is a big weight off my shoulders,” noted Levine. “It was important to get that spot secured in order to allow myself the opportunity to use these next competitions leading up to the world championships to get used to my new balls, new division, and competition format. While I obviously wish to go undefeated again, I’ll be pleased with any result this tournament as long as I give it my all on the court during this transition period.” Levine made her debut in the female individual event in São Paulo and certainly solidified her current number one world rank. The rules have changed since the Tokyo Paralympics last summer where now there is individual men’s and women’s events, versus mixed gender pre-Tokyo. They have also been changed to include only World Boccia licensed boccia balls for international competition.Pairs and Team will be competing at the 2022 Rio de Janeiro World Boccia Cup as well. The BC1 and BC2 Team of Cryderman, Collins, and Allard are hoping for another medal, with their bronze win in São Paulo last December. The BC4 Pair of Ciobanu and Levine, going undefeated and capturing gold in São Paulo, will be looking for another strong result. Martineau is back on the National Team for another consecutive year and will be competing in the BC3 class. Guérette has also been a fixture on the team since 2019. Rounding out the group is Martin who played for a bronze medal in São Paulo. She has been a new addition to the National Boccia Team for the 2022 season. Head Coach, Mario Delisle, is taking a lot into consideration after the results of the São Paulo America Regional Championships: “I am satisfied with the team going to Rio for the first World Cup of 2022. The athletes making up the BC1/BC2 team and the BC4 Pairs are the same athletes that reached the podium in São Paulo. Our goal is to further progress with this group and achieve good results.”  You can follow the 2022 Rio World Boccia Cup here.  You can follow the Boccia Canada athletes at the competition on Facebook here.  The live webcast will be available here.