A good finish to the tournament for Danik Allard 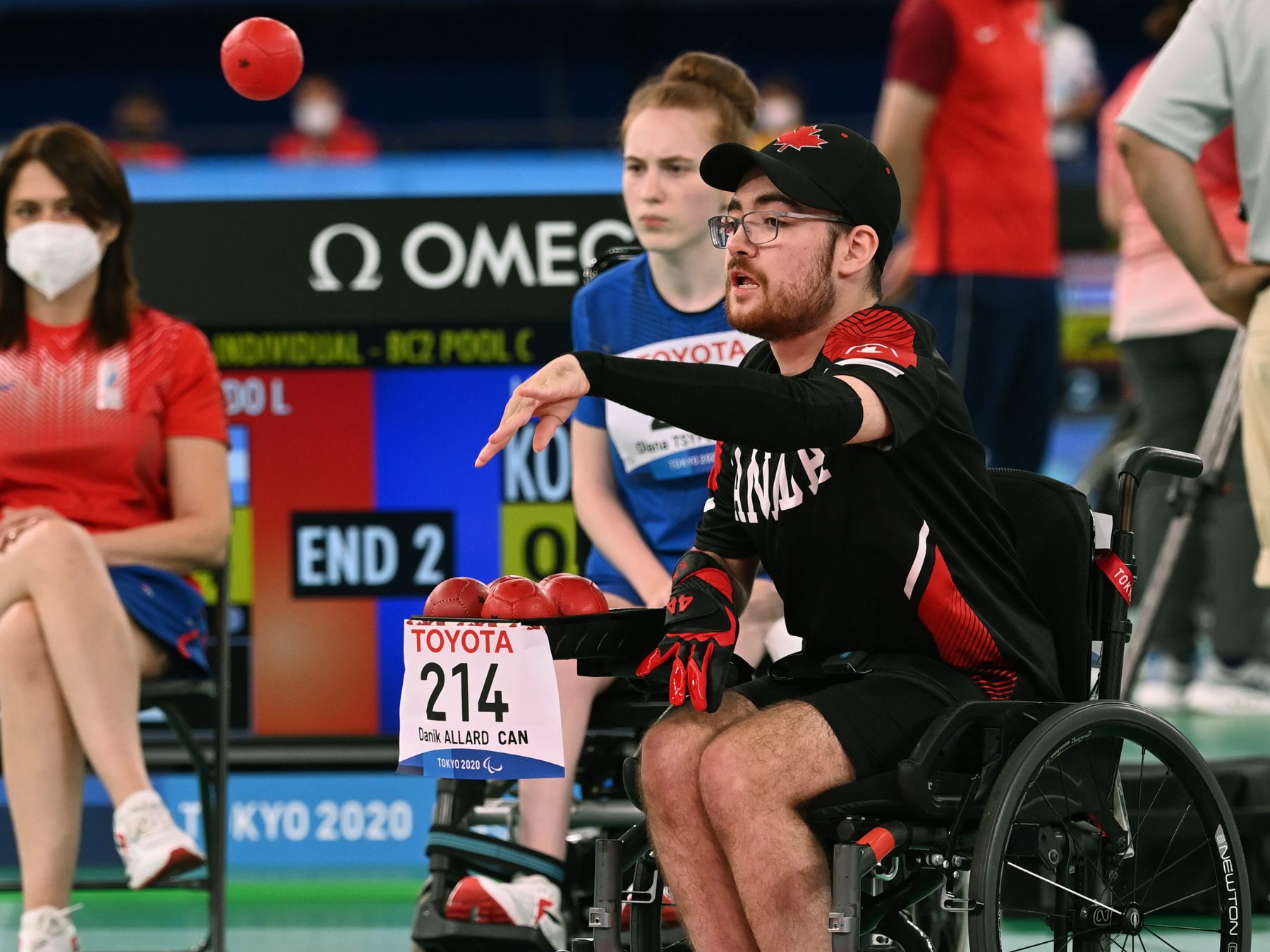 Ottawa, ON (August 30, 2021) – Danik Allard (BC2) scored a one-sided victory, his first in Tokyo, over Diana Tsyplina of the Russian Paralympic Committee.

Allard, the youngest BC2 athlete in Tokyo in his Paralympic debut, set the pace in the first end with a six-point surge, putting him comfortably ahead. After seeing his opponent score a point in the second end, the Bois-des-Filion athlete came back strong with four and two points in the last two ends respectively.

“I am very satisfied with my competition, especially since I finished with a 12-1 victory. I also learned a lot during this competition. I proved that I am capable of fighting against the best. My objective is fulfilled and I will be ready for Paris 2024”, said Allard after his victory.

Simon Larouche, Danik Allard’s coach, was also very happy with the progress his athlete made during the Paralympic tournament.

“Danik finished on a good note with a victory. He showed a lot of composure and good execution. We knew that the Russians like to play long balls, we worked on that in preparation for Tokyo. The expectations are high for Paris.”

Despite the win, Allard failed to advance to the next round.

Levine and Ciobanu turn to pairs

An 8-2 loss to Croatia’s Davor Komar, eliminated Alison Levine from the BC4 individual competition. The winner took the lead in the first end, building a 4-0 advantage. The Montrealer got on the scoreboard with a first point in the second end, as did the Croatian, who then extended the lead by 3 more points in the next end.

César Nicolai, Levine’s coach, is confident in the strength of character of his athlete for the rest of the Games.

“The individual competition ends on a difficult note for Alison. However, I am confident that she will find the resources to come back strong with her teammates for the pairs competition.”

Levine finishes her tournament with a record of 1 win and 2 losses. She will be back on the court Thursday in the BC4 Pairs competition.

Iulian Ciobanu (BC4) also suffered a loss in his third and final match of the preliminary round to Yuansen Zheng of China 8-2.

After a tie in the first end, Ciobanu managed to take a 2-1 lead in the next. However, Zheng, a former world champion, took control in the third end by scoring three big points.

The Chinese athlete never looked back and added four points in the final quarter to run away with the win.

The loss eliminates Ciobanu from moving onto the quarterfinals, even though he had been undefeated until his battle with Zheng.

“For Iulian it was a great competition! A first win against a top ten player in the world in his career. He played an excellent game against Zheng, the score doesn’t reflect the match at all. Iulian was able to implement the game strategies that we worked together during the pandemic. I am very proud of him, he showed that he belongs among the best BC4 athletes in the world”, Nicolai remarked.

Ciobanu will join Levine in the BC4 Pairs competition with teammate Marco Dispaltro of Montreal, where they will begin the tournament and face Portugal on Thursday in Tokyo.