Defeated on the Last Shot, Canada is Eliminated in BC4 Pairs 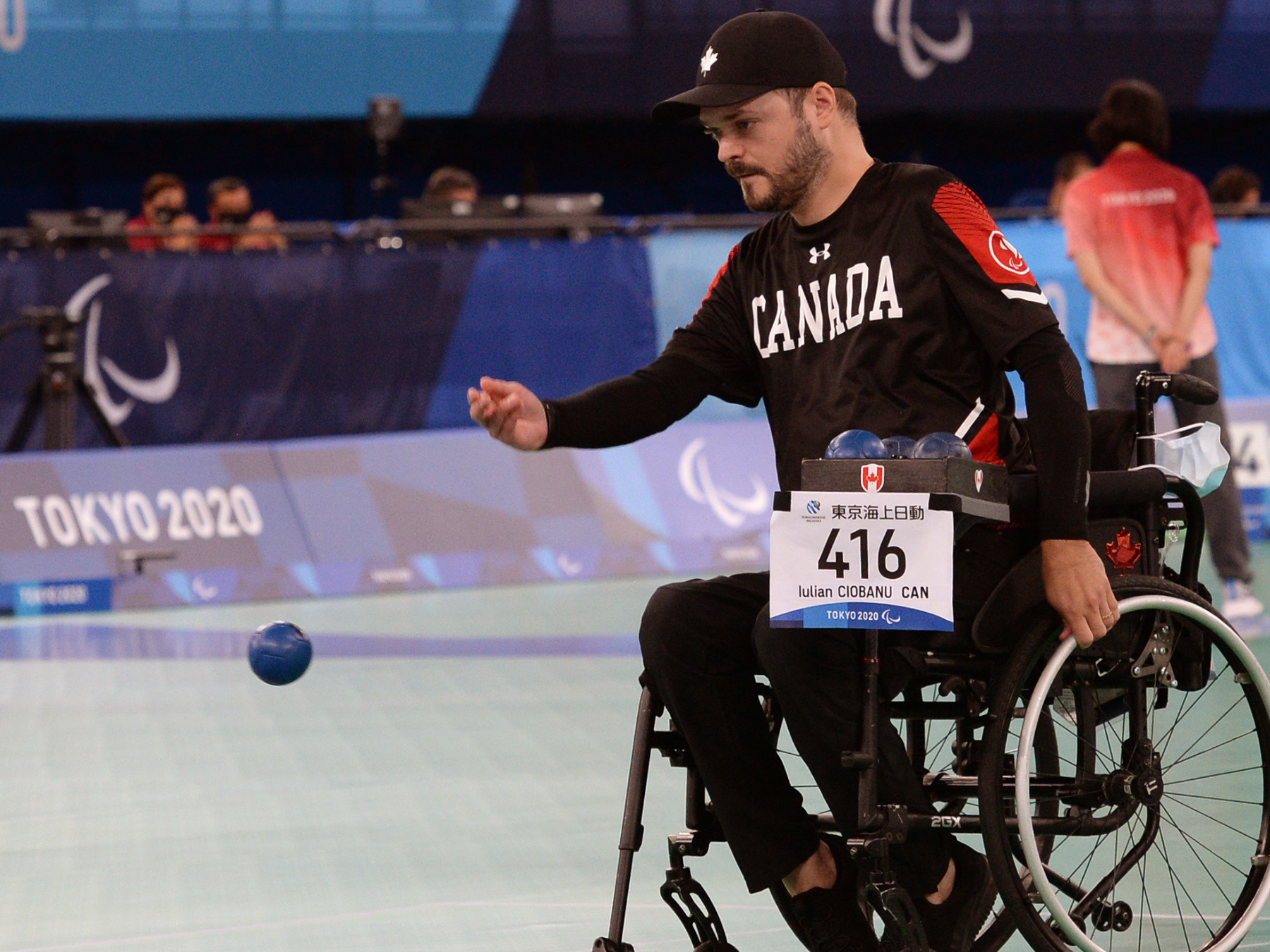 Ottawa, ON (September 3, 2021) – The BC4 Pairs team comprised of Iulian Ciobanu, Marco Dispaltro and Alison Levine had to accept defeat twice on Friday at the Tokyo Paralympic Games. Their record of one win and three losses in the preliminary round was not enough to place them among the top two teams in Group A that advanced to the semi-finals of the event.

In their first match of the day, the Canadians faced Great Britain’s Evie Edwards, Louis Saunders and Stephen McGuire, ranked fifth in the world.

The British were first to get on the scoreboard, taking a 1-0 lead after the first end. Iulian Ciobanu and Alison Levine responded quickly, scoring two points in the second.

But just when it looked like the Canadians had regained control of the game, their opponents responded with two points in the third end and two more in the last, en route to a 5-2 victory.

“Today (Friday) was a tough start against Great Britain. We were not able to seize opportunities in several ends,” surmised BC4 coach Cesar Nicolai after the match.

To keep their hopes of advancing to the elimination phase, the Canadians had to defeat Slovakia, the world’s number one powerhouse and the favourite to win the Tokyo Paralympic Pairs event.

Led by Samuel Andrejcik, who was crowned BC4 individual champion on Wednesday, the Slovaks started the match by building a 2-0 lead in the first end.

Determined for an upset and continue their Paralympic journey, Iulian Ciobanu and Alison Levine provided inspiring play in the next two ends to take a 3-2 lead. It all came down to the final end and final ball, where Slovakia scored two points to escape with the win.

“We were very close to winning, but they scored on their very last throw. We haven’t competed in the last two years which had a real impact. We weren’t able to test certain game situations. We still had some good performances, but not enough to win a medal,” said Ciobanu after the match.

The Montrealer takes away many lessons from his time in the Japanese capital and he plans to take advantage of them at his next competition, which will be held in Brazil in December. “Something that I learned in Tokyo is that all of our opponents are beatable. This is the first time in my career that I feel that way. We know our mistakes and we will continue to work to correct them.”

The early exit was a heartbreaker for the Canadians who had hoped to reach the top-4 in Tokyo. But beyond the wins and losses, César Nicolaï said he was proud of the work done by his athletes, not only at the Paralympic Games, but also in all the preparation leading up to the event.

“We played a great game against Slovakia, who had crushed all their opponents so far in the tournament. It was a high-level, strategic match. Our athletes really gave their 100%”, he mentioned.

A similar observation was made by Mario Delisle, Head Coach of the Canadian team, who had only good words for his team at the end of the day. “It’s very disappointing to lose on the opponent’s last ball. Alison and Iulian played very well and we believed until the end. I’m proud of everyone on the team. They gave it their all on the court.”

The Canadian team concludes the Paralympic tournament in fifth place in Group A. The Slovaks (4-0) and the Portuguese (2-2) will play in the semi-finals on Saturday to secure a spot in the final against the winner of the other semi-final match between the Russian Paralympic Committee (3-1) and Hong Kong (4-0).